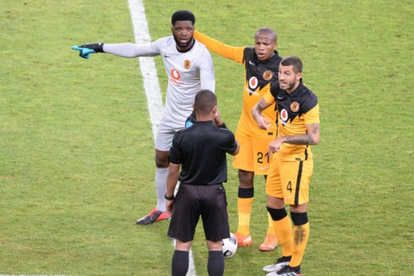 Kaizer Chiefs’ axed goalkeeper Daniel Akpeyi is clubless since he was let go by Amakhosi in June. He now sounds very eager to find new employment, who wouldn’t?

Given the chance, the 35-year-old Nigeria says he’d be willing to put up on the Orlando Pirates kit and crossbones salute.

Asked to share his thoughts on reported links with Pirates, the Nigerian said there has been no contact but he would not say no.

“I haven’t had any contact with anyone from Pirates, although they are a team I would mind joining because they are competing for the league and (honours) in Africa,” Akpeyi told Soccer Laduma’s leading reporter Masebe Qina in the latest edition.

“That’s the team to play for!”

Talking about Chiefs rejects, the club’s former fans’ darling Dumisani Zuma has sent somewhat of a warning to the club’s technical team and management.

Following his exciting move to AmaZulu, Zuma has said he is determined to make a point or two as soon as the new season begins in the first weekend of August.

“I think it’s important (that I do well) because a lot has been said from my previous club Kaizer Chiefs,” Zuma said. Read the full story here.