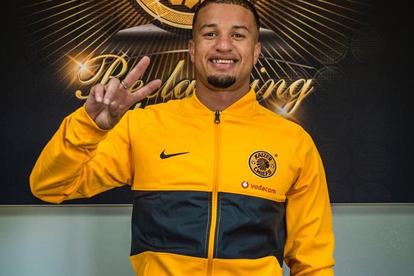 Adding new footballers to a squad is not just for the sake of better individual quality, the even more important motivation is giving the coach flexibility to try different shapes and combinations.

With Siyethemba Sithebe and Yusuf Maart arriving at Naturena this winter, while Cole Alexander and Phathutshedzo Nange exist from last season, coach Arthur Zwane will be doing some experiments in the center of the grass.

One sure tactic that will be used is the inclusion of two number 6s. It could either be Maart and Sithebe or Alexander and Nange if the pair had an excellent pre-season.

Considering Maart is the marquee signing, he is expected to be the number choice while the remaining three will be battling for the one spot.

A midfield three will surely be seen sooner or later during the early part of the season.

Again, Maart is expected to be the main man, while Sithebe, who is the only proven number eight, will be on the right side of midfield while Alexander, Nange, the young kid Sabelo Radebe or the new signing Lehlohonolo Matlou will also fight for places, especially in a midfield three.

Meanwhile, the Glamour Boys are continuing to prepare for the season opener away to Royal AM at Chatsworth on Saturday 6 August 2022.