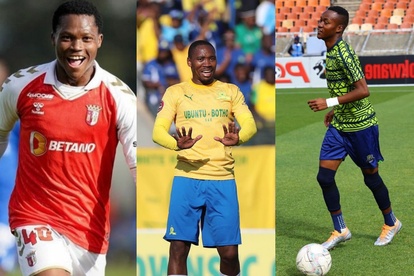 Have Kaizer Chiefs ever been this busy in a transfer window? We doubt it. Here are 18 players linked with the club so far… Image: @Makonco_M / Twitter

Have Kaizer Chiefs ever been this busy in a transfer window? We doubt it. Here are 18 players linked with the club so far… Image: @Makonco_M / Twitter

As The South African reported in recent days, Kaizer Chiefs have sealed three deals so far, subject to final details and announcements.

The signed trio is namely Siyethemba Sithebe from AmaZulu, as well as the Stellenbosch FC duo of Zitha Kwinika and Ashley Du Preez.

But the Amakhosi will obviously add at least two more attacking players before the windows shuts at the end of July.

According to various reports from leading outlets around Mzansi, the Glamour Boys have their eyes on the footballers listed below…

Looking at the current list, we can bet big cash that Kaizer Chiefs will start to identify a few more targets in the looming weeks.

Since the exit of Gavin Hunt late last season, there have been endless speculations on which players will be heading for the gate at Naturena.

A seasoned reporter, who has plenty of contacts at Kaizer Chiefs after years of visits to Naturena, has shared a list of players he has been led to believe will be moved on. Read the full story here.