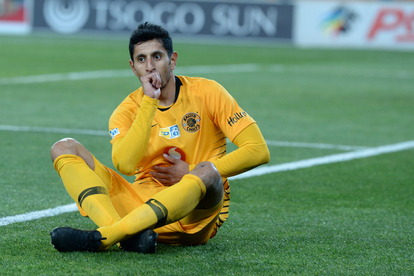 Kaizer Chiefs seem most likely to allow Leonardo Castro to move on with his career at the end of the 2021/22 season or will earn almost half of his salary if he stays.

As previously reported here by The South African, the 32-year-old Castro will see his contract with Amakhosi expire on 30 June.

With around two months left, it seems that Kaizer Chiefs are not exactly keen to offer a new deal to the former Mamelodi Sundowns striker.

The Colombian star has only managed just six appearances this season due to injury and low form.

According to a local football agent, Castro has three major problems: He has no agent, is injury-prone, and is aged 32.

The three variables will therefore make it quite a challenge for the player to secure a new Kaizer Chiefs contract.

“When a player does not have an agent it puts him at a disadvantage on issues like contract negotiations,” the secret agent said in Soccer Laduma’s latest issue.

“In Leonardo Catsto’s scenario, who is reportedly on around a R4 million per annum package, he could lose more than half of that figure if his deal if he was to extend his deal with Kaizer Chiefs because of his age.

“The boy is 32 and is injury-prone and there is no way that the club would keep him on the same package or increase it because of his lack of adequate contribution to the team in recent seasons,” the agent added.

ALSO READ: SA keeper Williams: ‘I got Mbappe’s jersey, Lakay got the pants’