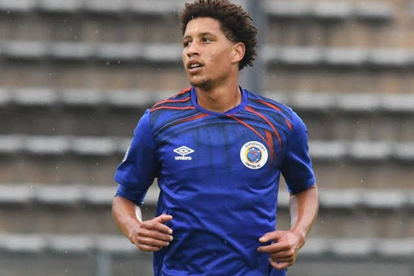 Luke Fleurs is apparently still on the radar of Chiefs. Image: @Odwa57332847 / Twitter.

Luke Fleurs is apparently still on the radar of Chiefs. Image: @Odwa57332847 / Twitter.

Will Kaizer Chiefs be a completely brand new team next season? The club is now linked with close to 11 players in Mzansi and outside our borders.

AMAKHOSI YET TO CALL SUPERSPORT UNITED

The latest name that has emerged is that of SuperSport United’s Luke Fleurs, a 22-year-old central defender.

According to the reports, Amakhosi have been linked with the player since last season but have yet to put plans into action.

“Kaizer Chiefs have yet to make official contact with SuperSport United regarding their interest in defender Luke Fleurs,” the player’s agent told Soccer Laduma in their latest issue.

“According to sources, there are still murmurs that the Glamour Boys could still look to launch a bid for Fleurs at the end of the season, and perhaps only then will the Tshwane rivals be keen on selling the defender,” the report added.

As The South African has previously reported, the PSL giants will move in a new direction. Older players are expected to be released to make way for younger legs.

It’s business and sport generally just belongs to the young.

With the likes of Ramahlwe Mphahlele facing an uncertain future at Naturena, the club has been linked with three younger central defenders who can also slot in full-back positions. Read the full story here.