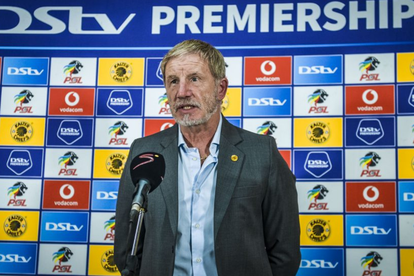 So Kaizer Chiefs were forced to terminate coach Stuart Baxter’s contract a season before the deal was set to expire, and the club’s bank account will feel it.

As reported here on The South African late last week, Amakhosi announced Baxter’s exit after a string of poor results and even more disappointing performances.

The decision also meant that the club is obliged to cover Baxter’s salary for the next three months as per the contract agreement.

According to Soccer Laduma, the Glamour Boys will pay Baxter over R3 million.

“It is understood that Baxter was able to negotiate a month extra than [Giovanni] Solinas, [Ernst] Middendorp, and Gavin Hunt…,” the report said in the outlet’s latest issue.

“Siya sources have indicated that Baxter is expected to be paid out a figure upward of R3 million, having signed off a four-month settlement fee.”

Baxter’s departure has given a lifetime chance to Arthur Zwane to coach the biggest club in South African sports. The former winger has six games to convince the club’s bosses not to look elsewhere for a head coach next season.

So how is Zwane feeling and what vision does he have at this moment? The Soweto-born coach has shared a rather exciting and boundless dream. Read the full story here.