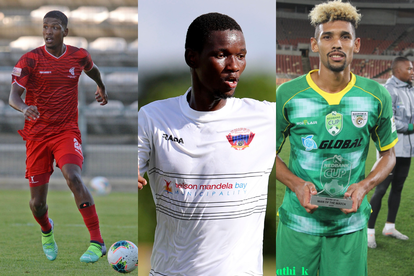 Kaizer Chiefs’ clutch transfer window is edging nearer by the day. There’s high anticipation to see a number of exciting new faces all over the pitch.

ALSO READ: A list of the quality central midfielders linked with Amakhosi

Having secured Zitha Kwinika from Stellenbosch FC, the club is expected to add least another central defender that is well under 30.

Let’s look at SIX central defenders that have been linked with Amakhosi.

As The South African has previously reported, the PSL giants will move in a new direction. Older players are expected to be released to make way for younger legs.

It’s business and sport generally just belongs to the young.

With the likes of Ramahlwe Mphahlele, Erick Mathoho, and Daniel Cardoso facing an uncertain future at Naturena, the club has been linked with three younger central defenders who can also slot in the full-back positions.

Check out the list below as reported by leading local publications such as Soccer Laduma.

While six targets may seem excessive, a maximum of two from the three targets could be secured. Transfer negotiations will ultimately determine who ends up at Naturena to display the love and peace sign come August 2022.