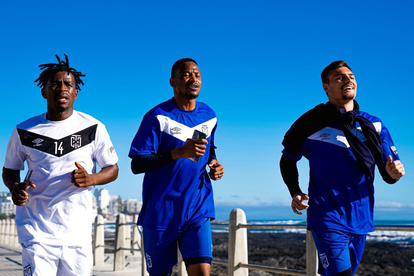 Terrence Mashego could be on his way to Kaizer Chiefs: Image: @TMashego14 / Twitter

Terrence Mashego could be on his way to Kaizer Chiefs: Image: @TMashego14 / Twitter

“Kaizer Chiefs have approached Terrance and have tabled an offer for him but as you know, he still has another year to go on his deal and City are eager to extend his deal. This means that Chiefs will have to buy him out of his contract,” a source told Soccer Laduma.

Meanwhile, the Glamour Boys are yet to make a decision on Siphosakhe Ntiya-Ntiya‘s future, while Sifiso Hlanti, as well as Happy Mashiane, spent much of last season injured while Reeve Frosler did a top job as a makeshift left-back.

In related reports, the Glamour Boys are expected to complete at least two new deals following the conclusion of the PSL Promotion/ Relegation Play Offs on Wednesday.

According to reports, Kamohelo Mahlatsi, Dillan Solomons, and George Matlou are on the way to Naturena.

“Kaizer Chiefs are understood to have added winger George Matlou to their list of targets for next season, having already entered into advanced talks with Swallows FC over two of his teammates,” Read the full story here.