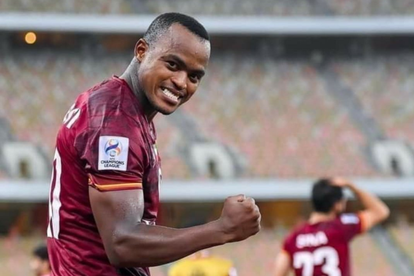 Kaizer Chiefs could be the next home for the 29-year-old attacking midfielder Ayanda Patosi who currently plays in Iran. Patosi is the third target from abroad after Bongani Zungu and Kobamelo Kodisang.

ALSO READ: Kaizer Chiefs could name one of these FOUR coaches to assist Zwane

AYANDA PATOSI TO END UP AT KAIZER CHIEFS INSTEAD OF ORLANDO PIRATES?

According to reports, both Soweto giants are eager to sign Patosi who is set to see his contract expire at Foolad in Iran, where he has scored seven goals and created four goals in 27 games this season.

“Kaizer Chiefs have an edge over their cross-city rivals in pursuit of Bafana Bafana international midfielder Ayanda Patosi,” Soccer Laduma reported in their latest edition.

“Patosi is nearing the end of his contract with Iranian club Foolad and is eying a move back to Mzansi due to family reasons, as reported, and both Amakhosi and Orlando Pirates have been alerted to the player’s availability with both expressing interest.“

WHY AMAKHOSI ARE FAVOURITES

The report added to say Kaizer Chiefs, who are favourites to win the race,  are expected to forward an offer.

“Chiefs could win the race for Ayanda Patosi as the player is set to return to South Africa in June,” the report added.

“Patosi’s affairs in Mzansi are now being handled in Mzansi by someone who is very close to Chiefs and has got the club’s best interest at heart and that could give the club an edge in the race for the player’s signature.”

The Khayelitsha-born player, who has played for Lokeren (Belgium), Esteghlal (Iran), and Baniyas (UAE), can play as a number 10, right-wing, and left-wing.