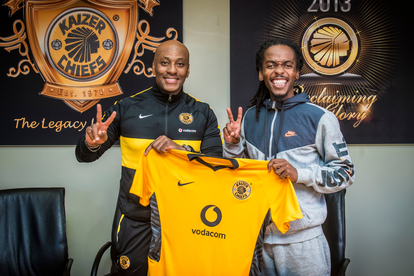 Kabomelo Mahlatsi is expected to be a fan-favourite despite his goal-scoring weakness as a number 10. Image: @KaizerChiefs / Twitter

Kabomelo Mahlatsi is expected to be a fan-favourite despite his goal-scoring weakness as a number 10. Image: @KaizerChiefs / Twitter

Kaizer Chiefs fans might need to be a bit patient with the new signings, especially Kamohelo Mahlatsi.

The SuperSport United academy graduate from Sebokeng, Gauteng is nicknamed “Nyaope” for a reason.

The attacking midfielder is capable of making his opponents look like they’re on Nyaope when he dribbles past them.

But it can be too much sometimes.

“I gave him the freedom because of his ability to go out and play,” his former Swallows FC coach Dylan Kerr said via Goal.

“He overcomplicates things and I used to say he could dribble up his own backside if he could.”

HARDLY DANGEROUS IN FRONT OF GOAL

Kerr added to reveal where Mahlatsi needs to improve to become a top player: scoring goals, which is almost the same challenge facing nearly every attacking midfielder in Mzansi.

“Potentially he is a game-changer, [but] he needs to get better in the final third, especially in and around the box with his decision making,” the Englishman concluded.

Meanwhile, Arthur Zwane’s side will start the season away in the Western Cape against Stellenbosch FC in the MTN8 quarter-finals in early August.