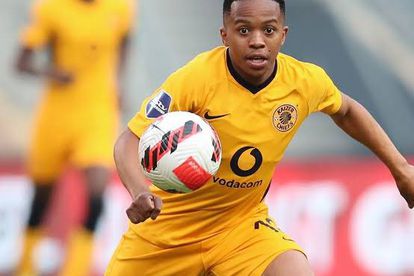 Calling all Kaizer Chiefs fans who adore Nkosingiphile Ngcobo, and that is probably each and every Amakhosi fan. Gavin Hunt has shared the major cons and pros of the beloved player named “Mshini.”

ALSO READ: How Kaizer Chiefs can reduce Sundowns’ points before playing them

“He’s got so much ability,” Hunt said via Diski Talk with Luyolo on YouTube.

“But his biggest problem is his athleticism, which is always going to be his big problem.

“He’s got to get fitter. And I don’t think he’s got the capacity to get up and down the pitch. So you goto try and use him in a way to get him close to the goal to make that final ball.

“But get him on the ball, he will give you that pass.”

Hunt added to say that he believes Stuart Baxter has been utilising and getting the best out of Ngcobo since replacing him at Kaizer Chiefs.

“Stuart has been good with him, he’s tried to put him in the team. That means you have to change your back three.

“You can’t play with a back four because then you have to carry him. So with a back-three, you can overload a little bit behind the striker and play him in there. Which is what they’ve done.”