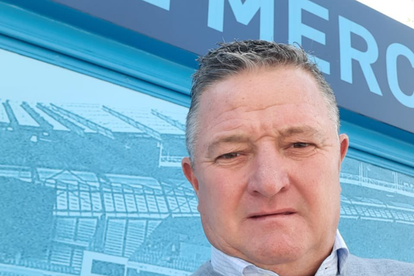 From Kaizer Chiefs, to Chippa United and then Manchester City. Gavin Hunt has arrived at one of the best clubs in the world to take in the club’s coaching setups and day-to-day business.

As The South African previously reported earlier this month, the former Amakhosi gaffer has been invited to visit the English champions to study the club’s coaching methods.

The four-time Premier Soccer League champion has been updating us as much as we can ask for.

Sharing his exciting journey on social media, Hunt first posted an image of himself leaving Mzansi, before later updating us on his arrival at the Etihad.

Check out his images as shared on his social media accounts.

According to Maake, the club’s poor spell is simply not a coaching issue.

“We must not hammer the coach all the time, I understand things are not on our side,” Maake said. Read the full story here.