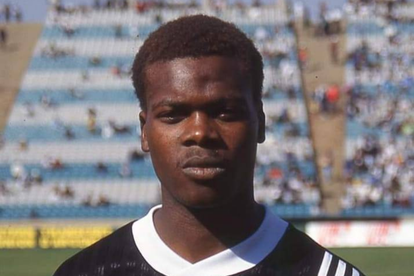 New Kaizer Chiefs head coach Arthur Zwane was once a PSL player at Amakhosi, but he is also well familiar with the black and white side of Soweto.

As The South African reported on Thursday, the Glamour Boys held a live press conference from the FNB Stadium where Zwane was unveiled as the permanent head coach.

Part of the major motivation behind the appointment was the intimate knowledge and deep-rooted experience Zwane has with Chiefs – and he was once a Pirate.

Telling anyone that Arthur Zwane once played for Bucs can easily be dismissed as questionable information, maybe everyone has to see the proof to believe it.

A while before moving to Naturena, the former winger played his football at Tembisa Classic, Real Rovers, Cape Town Spurs, before becoming a Pirates player in the 1996/7 season.

The spell lasted just a season before a move back to Classic and then Chiefs in 2000.