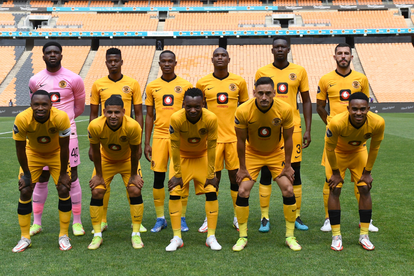 Speaking with added confidence after claiming his first victory as the interim after four games, coach Zwane assured the club’s fans that the club will not just be signing any good player.

According to the Soweto-born coach, Kaizer Chiefs have a clear playing style and identity that needs to be met with the type of players that will be signed in the upcoming transfer window and beyond.

“Gone are the days we bring in players to Kaizer Chiefs just because he’s a good player, he can be a good player but not for Kaizer Chiefs, so we will go specifically for players who will suit our style of play,” Zwane said as quoted by iDiskiTimes.

“We don’t want to play football with fear, a Kaizer Chiefs player must not be afraid of losing the ball because there are three moments which you have to use, without the ball and counter-pressing, all those things.

“If you play football with fear as a Kaizer Chiefs player then clearly there’s a problem, so we want our players to express themselves. Like coach Dance is doing to give players the room to showcase their talents.

“We can’t come here playing at home, kick it forward and then we lose it, then opposition are on top of us, those days are gone. We have the following, support, everyone is behind us – so they want to watch something that is pleasing to the eye.

“The minute we get that one right, I have no doubt the results will start coming because our players will have that way of playing knowing to attack, when to defend and how to defend – playing to dominate every game. Once you start dominating it’s easy to win games, we need to have that way of winning games,” the former winger concluded.

Meanwhile, Zwane has three more games to convince the Kaizer Chiefs hierarchy he is the right man to take the head coaching job next season.

Talking about Kaizer Chiefs players, the club is looking ahead to a truly clutch transfer window, it is just the way it is when things are not going well at big clubs.