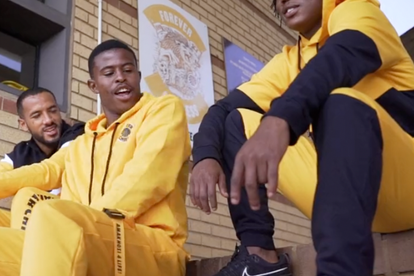 Ever looked at a Chiefs tracksuit and felt wow, I want that… before you realise it costs your monthly salary? Well, there are affordable alternatives now.

The club has showed off new tracksuit designs to sell via Jet stores. It’s the same Amakhosi colours and logo, the only difference is the affordable cotton material and missing Nike logo.

Check out the video as posted by the club.

Staying with Kaizer Chiefs, the club’s new eight players have given us an idea to look at a line-up with the new signings.

Our 4-2-3-1 formation includes new players in defence, such as Dillan Solomons, as well as Yusuf Maart and Siyethemba Sithebe in the center of midfield. Read the full story here.