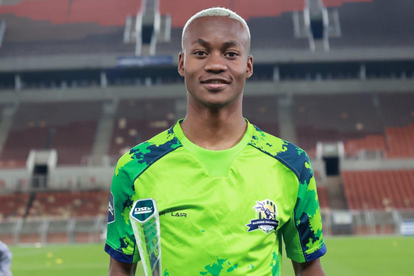 Imagine being Katlego Otladisa. The winger is reportedly wanted by Kaizer Chiefs and Orlando Pirates, with the Sea Robbers believed to be in the lead.

Anyone who has watched Marumo Gallants will be aware of Otladisa, also known as “Dax” on the right or left wing.

The 25-year-old Platinum Stars product is speedy, tall, and skilful, and it’s therefore no surprise he is targeted by the Soweto giants.

According to a report in the latest edition of Soccer Laduma, the Glamour Boys made an unsuccessful approach in the recent window to Gallants.

Following Pirates’ recent business with Gallants for Miguel Timm and Ndabayithethwa Ndlondlo, the Sea Robbers have an advantage to scoop Otladisa.

“One source has explained that Bucs are leading the race with a high probability of Otladisa following his former teammates Miguel Timm and Ndlondlo, to Orlando,” the leading transfer rumours outlet reported.

A coachless Swallows FC is hosting Kaizer Chiefs at Dobsonville Stadium. The Dube Birds parted ways with Dillan Kerr over a week ago.

Sitting at the bottom of the table, Swallows have just eight points from eight games, but a win could take them to 10th place and level on points with Amakhosi.

As for Kaizer Chiefs, a win for Zwane’s side could see a jump from 10th to fourth place, such has been the wastage of points in the PSL. Read the full story here.

Wednesday’s game between Swallows FC and Kaizer Chiefs will kickoff at 19:30.