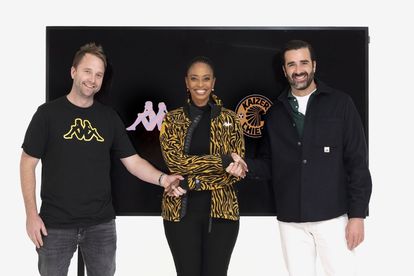 Kaizer Chiefs ended their relationship with Nike which ran over 20 years. It was never going to last forever but it’s worth knowing why the decision was taken.

The deal was announced by Amakhosi via social media.

“Chiefs and Kappa Reunite,” the club said via Twitter.

“We are excited to announce that we have reunited with our Italian Familia. Kaizer Chiefs and Kappa start a new chapter in the book that is the beautiful story of Amakhosi.

“We are excited and look towards a new future,” the note concluded.

REPORTS: WHY THE DECISON WAS MADE

According to Soccer Laduma’s report, Amakhosi parted ways with Nike after the sports manufacturer’s decision to take a new direction.

“So very proud with an association with Nike and to finish our relat with them at the end of the season… But certainly like any partner:
Motaung said on Metro FM Sports as quoted by Soccer Laduma.

“First of all, a very long partnership. I’m very proud that we’re able to r our sponsors for a very long period of time, in terms of contracts.