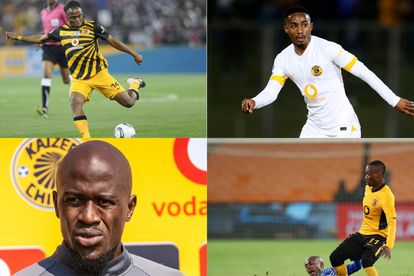 Kaizer Chiefs are at the heart of so much football news this week despite the ongoing break for the World Cup in Qatar.

Here we wrap all the latest breaking Kaizer Chiefs news across the pages of TheSouthAfrican.com.

Kaizer Chiefs have renewed their iconic partnership with Kappa.

The Italian brand take over from Nike as the Glamour Boys kit supplier.

Chiefs miss out on defensive prospect

The club have pursued him for some time but he will not be persuaded.

One last extension for Khune

Itumeleng Khune has spent what seems like a lifetime at Chiefs.

His contract is up at the end of the season but could we see one last extension?

Njabulo Blom’s contract can be renewed on ONE condition

There is hope for Njabulo Blom’s contract to be renewed yet.

However, one condition will have to be met.

Kaizer Chiefs have heaps of issues, as do most top PSL clubs.

Our James Freemantle breaks down five of them.

Kaizer Chiefs legend Simphiwe Tshabalala has shut down rumours that he could return to Naturena.

When contacted by reporters, Tshabalala was quick to put the talk of a return to Chiefs to bed.

Is Khama Billiat an age-cheat?

According to the former Black Leopards coach Mlungisi ‘Professor’ Ngubane, one of three problems are behind Khama Billiat’s struggles.

Is it age-cheating, late night partying or loss of love for the beautiful game at Naturena?

A former Kaizer Chiefs coach has warned an Orlando Pirates star against buying into the hype.

Pirates star Monnapule Saleng has emerged as one to watch for the future, and right now, but Ernst Middendorp has cautioned him against believing the hype.

Mamelodi Sundowns midfielder Themba Zwane is to Bafana Bafana what Jomo Sono and Shoes Moshoeu were during their playing days.

And that’s according to Kaizer Chiefs and Bafana Bafana legend Doctor Khumalo who said Zwane is exactly the kind of a player the national team needs.

FORMER CHIEFS COACH HAS HIS SAY

Former trainer Ernst Middendorp believes the next step for Amakhosi is clear.

Following their decision to revamp the squad and a revival of the original Chiefs playing style, Middendorp has outlined what the club’s next responsibility is.