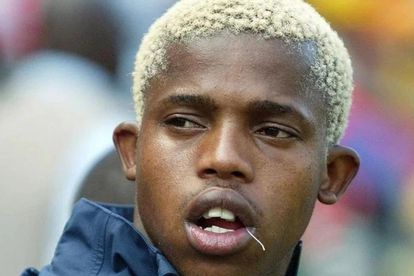 Look how young Junior Khanye was for his Kaizer Chiefs debut season. He was just 17. Image: @KickOffMagazine/ Twitter.

Look how young Junior Khanye was for his Kaizer Chiefs debut season. He was just 17. Image: @KickOffMagazine/ Twitter.

The dust has settled, Kaizer Chiefs have been knocked out of the MTN8 by AmaZulu after Sunday’s goalless draw.

Usuthu got the job done with an away goal in the first leg 1-1 draw at the FNB Stadium on 2 October.

As The South African website reported on Sunday evening, Arthur Zwane’s side will have to watch the final on television after failing to break AmaZulu’s defense.

After conceding an away goal in the first leg, Chiefs needed to score at least one goal in Durban but Romain Folz’s backline had a great performance to execute.

While reviewing the game on the popular iDiskiTV channel, Junior Khanye left us in stitches by suddenly referring to coach Folz as the legendary rapper “Eminem,” which is obviously based on facial resemblance.

Khanye raised concern over Chiefs’ lack of goal-scoring chance creations as well as the ability to defend goals, but took nothing away from the home side’s job, thanks to “Eminem.”

Meanwhile, Chiefs are now looking ahead to the big one. It’s the Soweto derby against Orlando Pirates on Saturday at 15:30.

Saturday’s Soweto derby is set for a 15:30 kickoff.