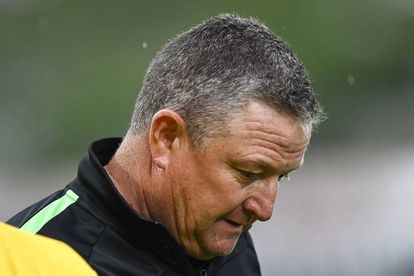 Incredibly, if Maritzburg United beat Kaizer Chiefs at home in their DStv Premiership clash on Wednesday, 10 March, only three points will separate the two sides in the standings.

Maritzburg United head into the fixture in 15th out of 16 teams in the log.

Think about that for a second.

The Soweto giants would be dragged into a relegation battle they can ill-afford with one eye at least on their ongoing CAF Champions League campaign.

Maritzburg United are currently on 13 points, six behind Kaizer Chiefs in 10th place, but part of a rapidly tightening group at the foot of the table.

Kaizer Chiefs’ woes this season are well documented, but they have actually taken more points on the road (11) than at home (8), despite having played a match fewer.

They do need to improve their attacking form in front of goal as only the bottom four teams in the standings have scored fewer than their 17 goals.

And it’s not as if Amakhosi have been much better in defence with 20 goals conceded.

Gavin Hunt’s men have not kept a clean sheet in their last four DStv Premiership matches.

In contrast, Maritzburg United have shown some signs of recovery in recent outings.

Ernst Middendorp’s men claimed a 1-0 home win over Black Leopards and followed that up with a point at Bloemfontein Celtic (1-1).

In head-to-head meetings, Kaizer Chiefs have drawn their last two visits to Maritzburg United, while the Team of Choice have won the last two league meetings (both away).

The first goal could be crucial in the match as incredibly neither side has managed to win after falling behind this season.

READ | BONGANI ZUNGU IS TRENDING! AND THIS TIME FOR A GOOD REASON