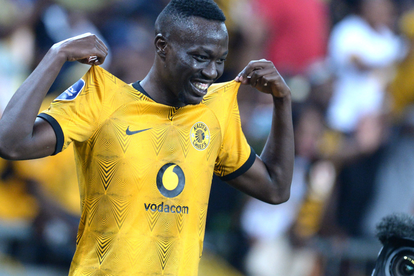 Playing as a striker for Kaizer Chiefs is the most scrutinised playing position in the DStv Premiership. The judgments are quick and harsh. Be glad your name is Bonfils-Caleb Bimenyimana right now.

As The South African website reported in August, Amakhosi recalled the 24-year-old Burundian to sign for the Glamour Boys after coach Arthur Zwane reportedly decided against signing him.

The towering center forward has since made four appearances that include two goals against the likes of AmaZulu (twice), Marumo Gallants, and SuperSport United. We’ve now made a few observations on the 1.9-meter-tall number nine.

Meanwhile, the Burundian is expected to earn another start against Swallows FC at Dobsonville Stadium this Wednesday at 19:30.

ALSO READ: SIX Amakhosi players under pressure in October and why