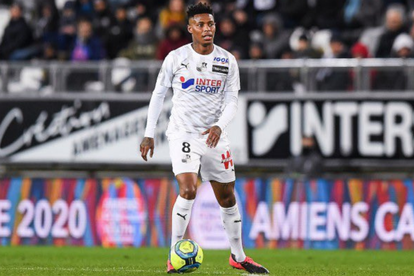 What a signing Kaizer Chiefs could make in Bongani Zungu. The prospect of the deal is now somewhat hanging in the balance though.

As The South African website previously reported, Zungu attacked his Amiens coach for criticising his weight before the Duduza-born player demanded to leave the French club.

However, things have changed since then. The Kaizer Chiefs midfield target has returned himself back to the team in Ligue 2.

“Bongani Zungu has confirmed to the Siya Crew that his French outfit Amiens SC has asked him to consider remaining at the club,” Soccer Laduma reported in their issue.

“We spoke about my contract. The club approached me about renewing it and things like that.”

The former Univerity of Pretoria started added to reveal another key development: his Amiens coach has hinted a desire to continue working with him.

“The coach also asked me about it a couple of weeks back. He wants to know what I want to do,” Zungu added as quoted by Soccer Laduma.

“I’ve asked for a few more weeks to decide – not that I don’t know what I want to do, but I just need time to decide.

“If there’s anything important the club wants to discuss in terms of my contract, they can speak to my agent.

“For now, I just want to focus on playing,” Zungu added.

Meanwhile, Kaizer Chiefs are now expected to table an offer that will lure Zungu to Naturena instead of him staying in France.