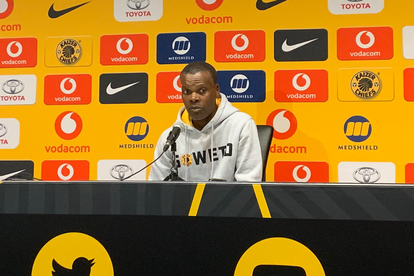 This is why we’ll always have time to hear what Baloyi has to say on the Glamour Boys.

According to Baloyi, Zwane does not even need to be given as much time as the likes of Steve Komphela, Muhsin Ertugral and Ernst Middendorp on the hot seat.

“If you are a Chiefs fan, you are used to Chiefs winning (titles) and all But when you look at the amount of games played, he is doing fairly well,” Baloyi said via Soccer Laduma.

The club should know that they need to give him time.

“I am not saying they should give him as much time as they gave Steve Komphela, but they done it before who had enough time, like Muhsin (Ertugral) and (Ernst Middendorp).

“My appeal to the supporters would be to say let’s be fair give him support, instead of criticizing,” Baloyi added.

“Right now, if Sundowns has an unfair advantage, then be two (on the table),” the Alexandra-born legend concluded.

Staying with Chiefs, we’ve found a quick list of players Arthur Zwane could be welcoming to Naturena in January.

Meanwhile, Chiefs will be back in action against Arrows on 31 December in uMlazi.