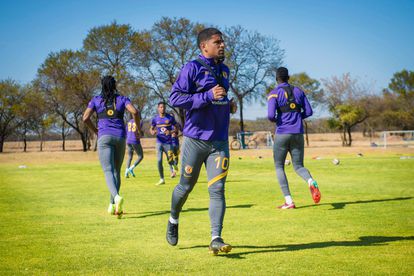 Do Kaizer Chiefs fans fear or enjoy battles against the supreme Mamelodi Sundowns? Whatever the case is, the first game is coming very early next season.

Everyone is eager to test themselves against the champions, and it’s no different for Amakhosi.

Arthur Zwane’s new team have just two rounds in the 2022/23 season before it is time for the champions in Tshwane. The Glamour Boys will begin with Royal AM before Maritzburg United, and then the big one against Rhulani Mokwena and Manqoba Mngqithi’s boys.

Additionally, Amakhosi have an MTN8 quarter-final clash away to Stellenbosch FC between August and September, the date is yet to be confirmed.

While nine new players have been signed, including the three standout talents of Dillan Solomons, Yusuf Maart, and Ashley Du Preez, the club is not entirely done.

Coach Zwane is still hunting for a powerful center forward or two to replace the likes of Samir Nurkovic and Leonardo Castro, as Du Preez is essentially a false nine or number 10.

Suspects in Nomzamo tavern shooting traced in a SADC country

Allen Joss Ford gives back for five decades and counting