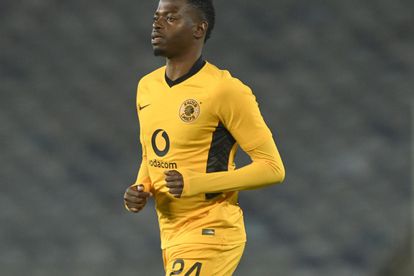 Kaizer Chiefs midfielder Phathutshedzo Nange has confirmed he is fit and ready for action ahead of Amakhosi’s opening DStv Premiership match of the 2021/22 season on Sunday. Photo: Backpagepix

Kaizer Chiefs midfielder Phathutshedzo Nange has confirmed he is fit and ready for action ahead of Amakhosi’s opening DStv Premiership match of the 2021/22 season on Sunday. Photo: Backpagepix

Kaizer Chiefs welcome fellow Soweto side Swallows FC to the FNB stadium for their final DStv Premiership match of the season.

It’s all to play for in Saturday’s Soweto derby. Both sides have much to play for with Swallows looking to avoid relegation.

The Amakhosi on the other hand are desperate to qualify for the CAF Champions League.

Though both teams don’t have their fate in their own hands. A full three points is a must to give themselves any chance of achieving their crucial goal!

The bad news for Kaizer Chiefs is that their camp has been rocked by both injuries as well as illness ahead of the grand Finale!

We going for the three points – Zwane

“Everyone is switched on and looks focused. They’re looking forward to the game.” – Kaizer Chiefs coach Arthur Zwane told the club’s media department.

“We’re obviously trying to get the combinations right. It’s the last game of the season, but we’re still looking for combinations because of the injuries we have.

“Some of the players are not available due to sickness, but those selected to start tomorrow look sharp.

“We are hoping we will be able to get the maximum points. The fact that Kaizer Chiefs are playing at home should be a plus for us, we will take that advantage.”