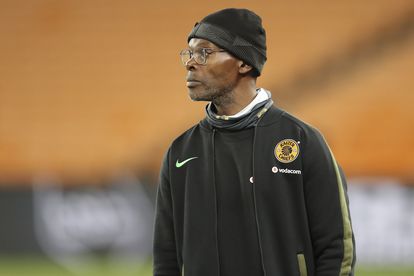 The Glamour Boys opted to host their home match in KwaZulu-Natal – against a team from the same province!

Arthur Zwane’s side will be desperate to bounce back from their humiliating 4-0 loss against Mamelodi Sundowns last time out.

Standing in Kaizer Chiefs’ way however is a tricky Richards Bay side who’ve started life in the top flight in emphatic fashion.

The Natal Rich Boys picked up the most points in the league after three matches.

Take a look at how both sides lineup at the Moses Mabhida stadium below. Kick-off is scheduled for 20:00.

If you’re unable to watch the match on TV, you can live stream the proceedings from Loftus on Multichoice’s streaming platform DStv now!

“We know that we need to be focused on the game and go all out to make sure that we win this one.

“We know the last game didn’t go the way we wanted but we have put it behind us and are looking forward.

“I think we are on the right track and have to keep on improving. We’ll become a very good team.

“You always have to know your opponent to some level and we have analysed them.

“But for us, it is more about going out there and executing our own gameplan. For Kaizer Chiefs, we just have to focus on what we do.

“When the stadium is full those are the moments we really enjoy. To be honest, it’s a great feeling to experience that atmosphere.

“We are looking forward to playing in front of our Durban fans and will give everything to get those three points.”

Let us know your thoughts and predictions ahead of this evening’s crunch DStv Premiership clash. Leave a comment below!