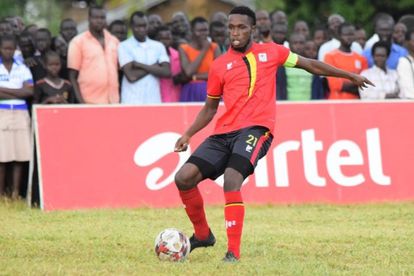 Kaizer Chiefs and AmaZulu are reportedly in the race to sign the highly-rated Ugandan international centre-back Halid Lwaliwa.

It appears the player has refused a contract extension with his current team Vipers as he looks to move to where the grass is even more greener.

“As reported by the Siya crew, the Cranes centre-back Halid Lwaliwa is understood to be edging closer to a switch to the DStv Premiership in the current transfer window, with AmaZulu believed to be the frontrunners for his signature as confirmed by close sources from Uganda,” Soccer Laduma reported.

“The player has refused to sign a contract extension with Ugandan outfit Vipers as he looks to make the next move of his career, after eight years with the club.

“Latest reports from Uganda have suggested that Kaizer Chiefs are keeping a close eye on the 25-year-old who can play either as a left or right centre-back.

“It’s true that Halid Lwaliwa is wanted by one of the big clubs in South Africa,” confirmed the source.

“However, the source did confirm that Usuthu remain in pole position to land the player’s signature, should he make the switch to Mzansi in the coming weeks,” the reported concluded.

Kaizer Chiefs made their latest signing on Thursday

Kaizer Chiefs mean business in reinforcing their squad in all areas.

And as reported by The South African website, the Glamour Boys on Thursday confirmed the signing of new left-footed centre-back Edmilson Dove.