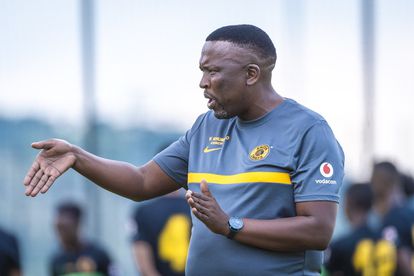 READ | KAIZER CHIEFS LATEST: IF THE FANS WANT ME TO GO, I WILL GO – STUART BAXTER

Shabalala is currently undergoing a two-week trial with Belgian side Westerlo whom he caught their eye while playing for the Chiefs reserve team.

What Khumalo isn’t sure about is whether Shabalala will secure a deal in Belgium or in Spain – the midfielder still has a trip to Barcelona lined up.

Khumalo’s confidence in Shabalala securing a deal abroad stems from the fact that he is a talented, hard working and determined player.

The Amakhosi mentor said Shabalala begged to be included in the team against Chippa United – this was his final match before jetting off to Belgium.

READ | KAIZER CHIEFS LATEST: WHY DID THEY BRING BAXTER BACK? – ASKS KHANYE

“I’m sure Mdu won’t come back to South Africa. I don’t know if they will take him in Belgium or in Spain but they will be intrigued by his talent,” said Khumalo as per Isolezwe.

“The way he is and the talent he has are what make him a special player. He’s not only a talented footballer but he’s got the determination.”

“I did not want to play him when we played Chippa but he begged me to say he wanted play for the last time; that’s the kind of player he is. He always wants to work,” continued Khumalo.

Khumalo wished both Shabalala and Bontle Molefe the best of luck in Belgium – the latter is on a month-long trial with Antwerp.

He added that their main job as development coaches is to nurture young players and prepare them to compete at the highest level, including in Europe.

“I wish them luck, him and Bontle. That’s our job at Chiefs. Apart from trying to collect points every weekend, we need to produce players who are able to compete in Europe,” he said.

NWM Ford Castrol Team trouble at SARRC this past weekend

ICYMI: Bafana Bafana player HIJACKED, tied up in the boot!