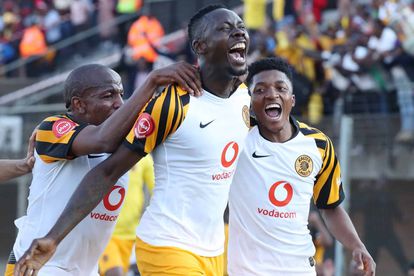 Kaizer Chiefs defender Erick Mathoho is relishing the prospect of facing his former side Bloemfontein Celtic, in a game that will mark his return from suspension.

The centre-back was sent off during the Soweto Derby in November and has served out his two-match ban.

He is almost a sure bet for the starting XI at Moses Mabhida Stadium on Saturday, as he has been one of Amakhosi’s standout players throughout the season.

Speaking to the Chiefs official website, he said he was looking forward to turning out against his old club.

“It’s nice to play against Celtic. Every time I play against them, I enjoy it, and it brings back memories and shows me how far I have come. I started there, and now I am at Chiefs, the biggest team in the country. “I started out there. I was still young and did my job. I have now moved on to the next level in my career. When I am on the field all that is to one side, I am now only focused on helping my current club, which is Chiefs win.”

Mathoho has not only excelled in his primary role, which is keeping the opposition at bay but has also made a substantial impact at the other end.

The defender has scored two goals in the early stages of the season.

The man who deputised for him in his absence, Siyabonga Ngezana carried on where his more experienced teammate left off, netting one of his own in a 4-0 routing of Stellenbosch FC in Cape Town.

Mathoho was full of praise for the youngster.

“I felt Siyabonga Ngezana had a really good game against Stellenbosh. Now it’s the coach’s decision as to who will start. I was very impressed by him and the way he played scoring a goal and his overall performance. I must compliment him as a young player. He did very well.”

“Tower” said he was expecting a tough challenge from Celtic.

“They [Celtic] are a good team with good players, but every game is tough, and we have to focus and put all our efforts into winning the game. We have two matches left for the year, and if we can win them, the festive break will be a happy one for us. It is going to take a lot of hard work for us to win the points, we ready for the challenge,” he concludes.

Lindiwe Zulu believes Zimbabweans ‘should be in their home country’