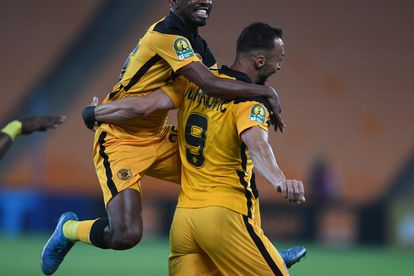 A former top Kaizer Chiefs star, once a fan-favourite at Naturena, is being tipped to reunite with an Amakhosi legend at the same club.

Samir Nurkovic is being tipped to join up with Amakhosi legend Bernard Parker at TS Galaxy.

Furthermore, TS Galaxy have already made an offer for ‘Kokota‘, according to FarPost.

BIG READ: ‘FROM SALENG TO BIMENYIMANA’ – FIVE STARS THAT EVERYONE IN MZANSI IS TALKING ABOUT RIGHT NOW!

In fact, Galaxy have contacted Dajan Simac (Nurkovic’s agent) and made an official offer for the former Amakhosi player.

“Nurkovic’s agent (Dajan Simac) had a chat with Tim Sukazi, and we will see if they will accept the offer,” revealed the source on the same publication.

Nurkovic’s camp is just waiting for an the details of Galaxy’s offer to be finalized in writing.

“They [Galaxy] have given Nurkovic an offer. The agent had a conversation with Sukazi over the phone, but the Nurkovic camp is waiting for the club to make the offer official, in writing, with the right terms and all,” the source added.

Therefore, Nurkovic could join up with Parker by January 2023 – in just two months time. However, there is one potential roadblock that could prevent this from happening. The former Amakhosi and Royal AM striker has also attracted interest from an overseas-based side.

“Talks are still ongoing but so far, so good. They are also talking with another club overseas,” the source confirmed.

There is good news if you’re a Nurkovic fan – he loves SA.

Therefore, a reunion with Amakhosi legend Parker is quite likely.