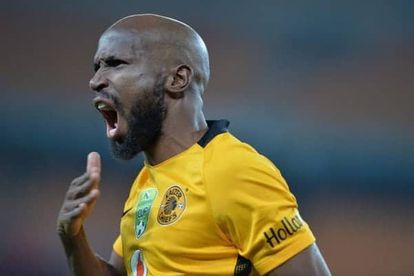 Kaizer Chiefs and Mamelodi Sundowns have shared some of the biggest names to ever play – or coach – in the PSL – Part 2 looks at players like George Lebese!

READ | TOP 10 PLAYERS TO PLAY FOR BOTH CHIEFS AND SUNDOWNS – WHERE DOES KHAMA BILLIAT RANK?

Few players have been able to call themselves a former Amakhosi and Bafana Ba Style player, we rank the elite few that have had this honour.

TOP 10 PLAYERS TO PLAY FOR CHIEFS AND SUNDOWNS:

Mphahlele has become a household name in Chiefs football.

A true leader on and off the pitch who embodies the fighting spirit of Amakhosi. He formerly played for The Brazilians between 2011 and 2016 before signing to Naturena in the same year.

The 31-year-old was born in Limpopo and spread his love for the game to Tshwane before moving to the Soweto giants. Mphahlele has put in some big performances for Chiefs in recent seasons after coming from a title-winning side.

Lebese has had his fair bit of controversy in the media lately but one thing is for certain, he has brought so much to these sides in his career. The Mamelodi-born star has 165 PSL caps with 24 goals and 22 assists.

He has been one of the biggest stars in South African football after a long history with both clubs.

Dimutru will go down as one of the all-time greatest coaches in the PSL era.

He is the only man to have coached every single one of the ‘Big 3’ sides in South Africa. The Romanian has coached Chiefs, Sundowns and Orlando Pirates. He won back-to-back titles with both Amakhosi and the Brazilians making him a club legend at both sides.

Batchelor is one of the most well-known and widely respected legends of the game. He played for Amakhosi, Sundowns and Pirates during his legendary and storied career.

Although he spent most of his career at Pirates, he ended it with famous spells in Naturena and Mamelodi. The famous centre-forward played for Chiefs between 1997 and 2000 and then spent the 2000/01 season at Sundown. Batcher was even a witness in the Oscar Pistorius in 2014.

He was sadly tragically murdered outside his home in Olivedale in 2019 but will forever go down as one of the all-time greats of our game.