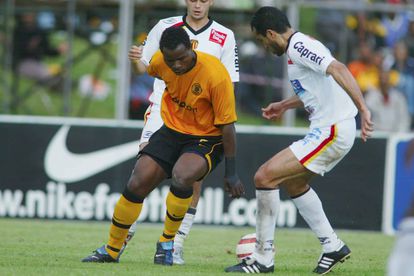 The countdown is over, here are the top 3 all-time time players or coaches to represent both Kaizer Chiefs and Mamelodi Sundowns.

READ | PITSO MOSIMANE’S LEGACY JOINS UP WITH THE SOWETO GIANTS!

We have seen some true legends of the game feature already such as Marc Batchelor and the legendary coach, Ted Dumitru.

So who is the greatest to play for – or coach – Amakhosi and The Brazilians?

TOP 3 LEGENDS TO PLAY FOR CHIEFS AND SUNDOWNS:

The ultimate midfield maestro wreaked havoc on opposition defences all over the country.

He was majestic, a true genius in the midfield and maintained his magic across Chiefs, Sundowns and Pirates. He maintained his consistency and excellence from day one.

READ | KAIZER CHIEFS VS MAMELODI SUNDOWNS: TOP 10 PLAYERS TO PLAY FOR – OR COACH – BOTH TEAMS!

Khuse started out what would be a truly legendary career with the Buccaneers in 1983, where he spent three seasons before signing for Gauteng rivals, Sundowns. Three years later he joined Amakhosi and the rest is history.

The South African football legend now works at Naturena as part of the academy coaching team at Chiefs.

READ | TOP 10 PLAYERS TO PLAY FOR BOTH CHIEFS AND SUNDOWNS – WHERE DOES KHAMA BILLIAT RANK?

The legendary South African right-back is one of the greatest players to ever play for South Africa.

Motaung joined Sundowns from Jomo Cosmos in 1994. He spent two years at The Brazilians before playing for Chiefs between 1998 and 2000. He also played for the Bucs in his final season in 2000/01.

Sadly he passed away in 2001 but he graced us with such special memories.

A remarkable and special talent so great and fond in the memory of SA football fans.

Mbesuma is the greatest player to feature for Chiefs and Sundowns. He is a PSL legend, making 173 appearances in the league and scoring 55 goals with 12 assists in the process.

The Zambian forward has played for many clubs in addition to Amakhosi and Masandawana. He has featured for Swallows FC, Highlands Park, Golden Arrows and Black Aces as well as Orlando Pirates. Making him a true veteran of the PSL.

Mbesuma had a successful spell with Chiefs between 2004 and 2005 before leaving for Europe. He played for Portsmouth before returning to sign for The Brazilians in the 2008/09 season where he continued to make a name for himself.

Mbesuma played for Pirates between 2012 and 2014 and secured his legacy in the PSL during this time. At the age of 37, Mbesuma is still playing in S.A. He signed for Pretoria Callies FC in July this year.