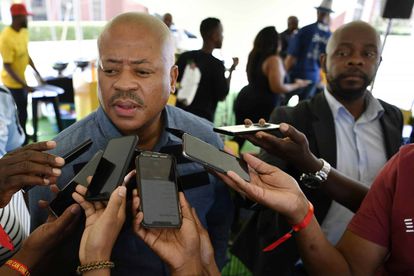 Kaizer Chiefs have made their first major signing for the January transfer window, and you can take a good guess who that is…

Doornkop Students sensation Mfundo Vilakazi has officially joined Amakhosi, but will feature in their DStv Diski Challenge team this season.

Details of Vilakazi’s contract with Chiefs are still unknown at this stage, but his acquisition was confirmed by Doornkop Students on Friday night.

“We have had to wait till today for formalities to be concluded before making an announcement. Mfundo will join Kaizer Chiefs DDC team, the contract was signed and sealed today by his parents.

“Thanks to Philly’s Games and DSTV for the exposure and opportunities it has presented to the boys, congratulations Mfundo on finally clinching a contract after the magical performance you displayed for Doornkop Students at the Games. Well done Obrigado and all the best.”

The 15-year-old, who played for the Amakhosi development sides, was spotted at the recently concluded Philly’s Games.

His performances at the 30th Philly’s Games got football fans talking, and pleading with PSL teams to hand him a professional contract.

Former Chiefs winger Joseph Molangoane even gave Vilakazi his soccer boots in an effort to motivate him to take his football career to greater heights.