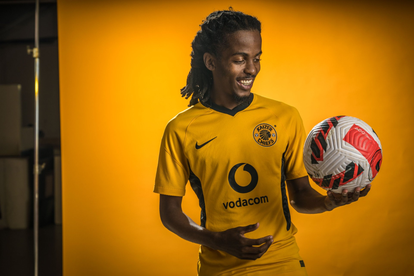 Newly signed Kaizer Chiefs winger Kamohelo Mahlatsi’s camp are growing frustrated at his lack of playing minutes at Naturena according to reports.

Mahlatsi joined Chiefs at the beginning of the season with expectations however he’s yet to shine for the Glamour Boys.

ALSO READ | How much does Benni McCarthy earn at Manchester United?

In all fairness, Arthur Zwane hasn’t given him the chance to show his potential since joining the club.

Mahlatsi has made just three substitute appearances for Kaizer Chiefs this season.

In fact, he’s played a total of just 31 minutes on the field of play in a Chiefs jersey and this has his camp extremely worried.

Mahlatsi’s camp worried about his situation at Kaizer Chiefs

“We all understand that everyone has to work hard for a place in the team.” a source told Citizen.

“But when your player is not given a chance it leaves one wondering what else he has to do to show the coach that he is ready to play for Kaizer Chiefs.

“We don’t want a similar situation like Siphelele Ntshangase, who stayed in the team but was not used. Then next thing he is washed out.

“We see the same happening in other big teams in the country where players’ careers are killed. We don’t want that with this young man,”

In other news, Kaizer Chiefs legend Brian Baloyi believes the only way to make the PSL competitive again is to introduce Financial Fair Play rules.

Baloyi represented Chiefs for over a decade before joining rivals Rivals Mamelodi Sundowns in a blockbuster move in 2004.

He spent six seasons at the Brazilians before retiring as a true South African legend.

And now, the goalkeeper claims there’s only way to stop his former side from dominating local soccer and that’s through FFP.

Mamelodi Sundowns have won five league titles in a row with their most recent one coming in last season’s treble.

What FFP simply means is preventing teams from spending more than they earn.

Sundowns have dominated the Premier Soccer League but this hasn’t come cheap for the Brazilians.

And Baloyi believes the only way to return the league to a competitive playing field is to stop Sundowns from their lavish signings.

Baloyi calls for FFP in the PSL!

“My honest opinion is, there will never be anyone that will compete with Sundowns for as long as things are the way they are.” the Kaizer Chiefs legend said as quoted by Sowetan.

“Sundowns will keep on winning the league until something like what happened in England happens here.

“By the end of the first round whoever is second and third, they (Sundowns) buy your players and cripple you and you are not going to compete. They have been doing it consistently.”