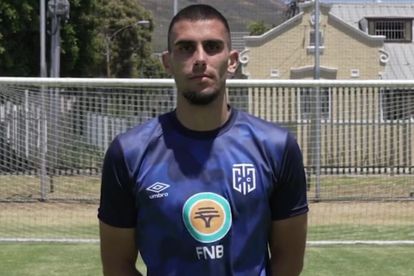 Former Kaizer Chiefs defender Lorenzo Gordinho has sealed a sensational return to the PSL after putting pen to paper with Cape Town City.

Gordinho spent the last two years abroad where he featured for Viborg FF and most recently HB Koge who are both based in Denmark.

Now, Gordinho is back in the country to hopefully continue where he left off in 2020, and possibly help City reach greater heights.

In a statement released on Tuesday, Cape Town City confirmed that Gordinho will be their player until 2025 after penning a three-year deal.

Gordinho will be eligible to play for the Citizens when the transfer window opens on 1 January 2023, meaning he will miss his team’s match against Royal AM on 30 December.

“Gordinho will be eligible to play from the 1st of January 2023!”