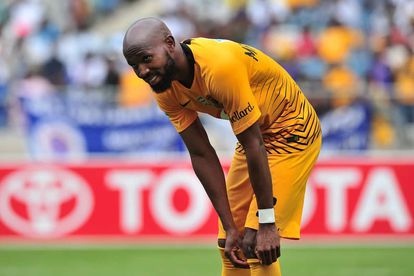 Kaizer Chiefs have officially parted ways with their interim captain as the Arthur Zwane broom continues to sweep clean at Naturena.

Ramahlwe Mphahlele and Chiefs decided to end their relationship which lasted for six years between 2016 and 2022.

Mphahlele’s contract with Chiefs was set to expire on 30 June, and the club had an option to renew it.

However, the management decided against renewing it, and that meant the end of the road for Mphahlele at Chiefs.

The 32-year-old defender was one of the senior players who were expected to remain behind given the wholesale changes Chiefs continue to make.

He becomes the 11th player to leave Chiefs in this transfer window after Siphosakhe Ntiya-Ntiya was also released on the same day.

Mphahlele leaves Chiefs without having won a single major trophy since joining from Mamelodi Sundowns.

But his contribution over the years has been immense in the 127 competitive matches that he played for Chiefs.

Rama scored six goals and provided eight assists in the 127 matches, and his departure will undoubtedly be felt within the squad.