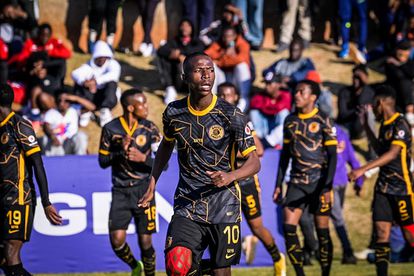 A Kaizer Chiefs legend is ready to return to the PSL coaching scene according to reports!

Donald Ace Khuse, who acted as both an assistant coach as well as interim head coach at the Glamour Boys in the past, is looking for a head coach position!

Khuse has been actively involved in the Amakhosi youth structures during recent years but now seeks a head coach role in the PSL!

Khuse has already started looking at potential recruiters in the top flight.

The former Kaizer Chiefs Maestro sent his CV to Marumo Gallants and Sekhukhune United according to reports!

“He has asked his managers to actively start looking for jobs for him.” a Citizen report read regarding Donald Khuse.

“He wants to coach in the top flight preferably but would not mind starting in the first division. He feels he is now fully equipped to coach at senior level.”

In other news, Kaizer Chiefs look set to miss out on one of their key transfer targets according to reports!

Mamelodi Sundowns are closing in on the signing of yet another Amakhosi transfer target.

The Glamour Boys were reportedly interested in signing Bafana Bafana star Terrence Mashego however, he’s set to move to their arch rivals!

Mashego is in deep negotiations with Mamelodi Sundowns according to the latest transfer reports!

It was not so long ago when Mamelodi Sundowns beat the mighty Amakhosi to the signature of Sipho Mbule.

Now, the defending DStv Premiership champions are closing in on another one of Kaizer Chiefs’ targets!

“Mamelodi Sundowns appear to have edged Kaizer Chiefs in their race for a Bafana Bafana International.” a SoccerLaduma report read.

“With the Brazilians understood to have agreed a deal in principle for the player. As previously reported by the Siya Crew.

“Kaizer Chiefs had their sights on Cape Town City star Terrence Mashego, with The Citizens understood to be open to selling the player to the Soweto Giants.

“However, with Mamelodi Sundowns lurking in the background, the Siya Crew can reveal according to sources, that the treble winners appear to have beaten Amakhosi to the player’s signature”

Take a look at Kaizer Chiefs next FIVE opponents below.