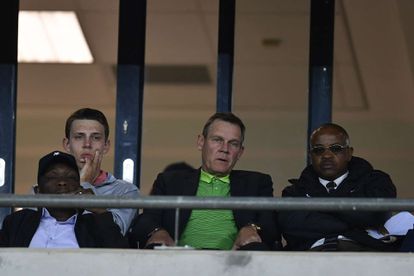 Kaizer Chiefs legend Neil Tovey won’t speculate on well how the Soweto giants might fare in the 2021/22 season, but says he’s encouraged by their new signings. Photo by Lefty Shivambu/Gallo Images

Kaizer Chiefs legend Neil Tovey won’t speculate on well how the Soweto giants might fare in the 2021/22 season, but says he’s encouraged by their new signings. Photo by Lefty Shivambu/Gallo Images

Chiefs struggled both up front and at the back in last Saturday’s heavy Soweto Derby defeat against arch-rivals, Orlando Pirates.

NURKOVIC RECOVERING FROM AN OPERATION

Tovey, who played a staggering 341 matches for Chiefs and has 52 caps for the national team, believes the Buccaneers wouldn’t have had things all their way had the star duo been fully fit.

“Obviously they missed Nurkovic’s goalscoring talent you know, I mean it’s not rocket science to see that the goals in the last eight were scored by a defender (Yagan Sasman),” Tovey told KickOff.com.

“So no one is scoring goals up front and yes the strikers are there to assist but they are also there to score goals, and they haven’t been. Last season where Kaizer Chiefs finished was the contribution of the striker Nurkovic.”

While Serbia’s Nurkovic is still recovering from an operation, Mathoho’s name was on the team list, but Tovey believes Chiefs coach Gavin Hunt was more concerned about trying to score an all-important away goal.

“I don’t think Gavin was interested in that type of thing. I think he was more interested in trying to see what he can do going forward to try to score a goal you know.”

The second-leg between Chiefs and Pirates will take place on Sunday, November 8 at 15:00.