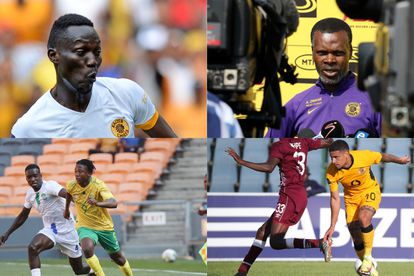 Kaizer Chiefs coach Arthur Zwane wants to build a team that is ruthless and restores Amakhosi to their former glory.

That involves starting to represent the vision of Amakhosi and eschewing the excuse of rebuilding.

Kaizer Chiefs out for blood

Zwane has promised that his Kaizer Chiefs team will go in for the kill.

The Soweto giants are out to be more ruthless when the season restarts.

“As much we’re in a rebuilding phase we’ll still go for the kill,” said Zwane in quotes published by Times Live.

“Kaizer Chiefs is the team that’s got a rich history, it’s a team that got the culture of winning. So we’re not going to go there and say we’re still building. As much as we’re building we still have to grind the results.”

“The (new) boys have responded very positively and it’s good to see that. But obviously when it comes to the combinations we’re still trying to help each and every one of them to settle in quickly and understand the way we want to play,” he said.

“We want to help each and every player in the squad to complement those who will be struggling a little bit. It’s key because if they’re not going to be complementing each other on the field of play than they won’t be able to apply themselves correctly.

WATCH: Man killed after he was hit by a train in Bloemfontein [Video]