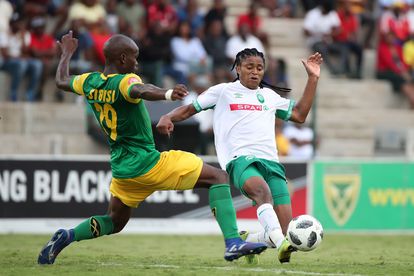 AmaZulu president Sandile Zungu says he has had NO contact with Kaizer Chiefs amid a reported move for Siyethemba Sithebe. Photo: Muzi Ntombela/BackpagePix

AmaZulu president Sandile Zungu says he has had NO contact with Kaizer Chiefs amid a reported move for Siyethemba Sithebe. Photo: Muzi Ntombela/BackpagePix

Zungu publicly hit-out at the Amakhosi for the way they went about their pursuit of AmaZulu midfielder Siyethemba Sithebe.

He later referred to Kaizer Chiefs players that were offered to him in a swap deal for Sithebe as ‘rejects’ and has since provided clarity on his choice of words.

“When in the middle of those discussions we were offered two players by Kaizer Chiefs who are not in our list of players that Benni [McCarthy] wants. Those players never fitted,” AmaZulu president Sandile Zungu told Marawa Sports Worldwide as quoted by IdiskiTimes.

“Other teams know, we’ve enquired about their players and they’ve told us ‘no’. So they are cold to our players. They are not for sale, then we move on.

“But when we are offered two players who haven’t really played consistently in the team and therefore they are deemed surplus to requirements and they are being disposed to us, you can use any word you want.

“To describe them as rejects quite frankly is regrettable because I’d never want anybody described as such, but they were surplus to the other team’s (Kaizer Chiefs) needs. It’s like saying ‘let me take your wife, I’ll give you my wives’.”

The AmaZulu boss was left highly unimpressed by the Amakhosi during the January transfer window and here’s what he had to say regarding a swap deal proposed by the Soweto giants for Sithebe.

“We were offered two players by Kaizer Chiefs. And we made it very clear that look, we not a dumping ground for rejects. Ja we were offered but we looked at the players that they were offering and we said no,” the AmaZulu president said.