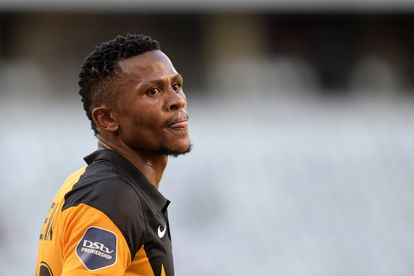 Kaizer Chiefs coach Stuart Baxter has issued an injury update on players who are NOT available for Sunday’s league clash against Royal AM.

As expected, Dumisani Zuma is still unavailable for selection but Baxter confirmed the midfielder has just started running.

Zuma had been out for three months now, and when he sustained the injury, he was expected to return to action in September but it could take a few more weeks for him to fully recover.

“We’ve got Zuma out still. He’s just started his running. So, he is increasing his running,” Baxter told the media on Thursday.

Leonardo Castro is another player expected to be out for a few more weeks with Baxter confirming the Colombian marksman is recovering from a bad injury.

“We’ve got Castro who is still recovering from his operation. He had quite a bad one,” added Baxter.

Also not available for selection is Siyabonga Ngezana who Baxter said had a serious injury after the Wydad Casablanca clash in the CAF Champions League.

According to Baxter, Ngezana is hobbling and jogging around the pitch at Naturena following the surgery he had a few week ago.

“Ngezana has got a serious injury. He’s been out. He was selectable for the Wydad game, and after that, I don’t think he was selectable,” explained Baxter.

“He’s had a serious injury, had operation and had all sorts of treatment. He is at a point where he is hobbling and jogging around the pitch at the moment,” concluded Baxter.

Kick-off for the match between Chiefs and Royal AM at the FNB Stadium is at 17:00.