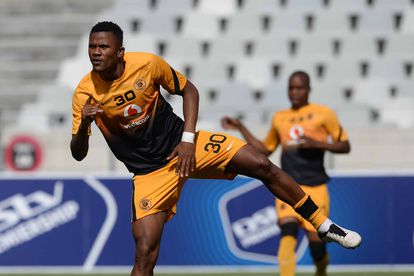 In a fresh injury update given by the club, Kaizer Chiefs head coach Stuart Baxter confirmed that Lebogang Manyama, Leonardo Castro, Dumsani Zuma and Siyabonga Ngezana are all still far from returning to action.

The four stars have been out with injuries and missed the Amakhosi’s opening three matches of the season already.

“With regards, to Lebogang Manyama, Leonardo Castro, Dumsani Zuma and Siyabonga Ngezana, they are quite a way from full fitness.” Stuart Baxter told the official Kaizer Chiefs website.

“When they get back to full fitness, there will be quite a lot of competition for places. When the squad is fully assembled the boys that are new have got a good idea how to behave at Kaizer Chiefs and what sort of football we play.

“When the injured players get back to full fitness, when the lads who have been going on for a while get a rest and when we can gel all that together and have a clear way of playing, then at that point we can see. That’s a bit down the road.”

“We have six, possibly seven players away with national teams, they won’t have a break. The players who have virtually been playing nonstop we will allow them some free time, before coming back and having a good ten or eleven days to prepare for the Sundowns game.” the Kaizer Chiefs coach added. “The lads who are injured will have no time off, they will be working hard to get fully fit, and we will welcome back our lads from the national teams and integrate them as a unit at Kaizer Chiefs.”

Kaizer Chiefs now picked up four points from their opening two matches. They’ll next be in action after the upcoming international break when they face arch rivals Mamelodi Sundowns on 12 September 2021!