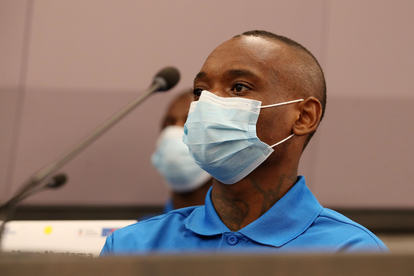 Kaizer Chiefs coach Stuart Baxter has given insight into the injuries suffered by both Khama Billiat and Leonardo Castro against Orlando Pirates.

Billiat limped off the pitch after 39 minutes, and his place was taken Kearyn Baccus while Castro was stretchered off after 63 minutes of the encounter.

Castro lasted for 18 minutes as he had just come on from the bench – and Baxter confirmed that the duo suffered hamstring injuries.

Furthermore, Baxter suspects the injuries were as a result of their training methods, before admitting that something is not right with their loading.

Baxter doesn’t expect both Billiat and Castro at the training grounds for a week but what’s encouraging is that Chiefs are only back in action on 19 March against Golden Arrows.

The Amakhosi mentor said Castro’s hamstring was worse than that of Billiat because it snapped while the former Warriors attacker soldiered on for some time after pulling the muscle.

“Both of those injuries are very disappointing because you know when you work at an elite club, your biggest enemies are soft tissue injuries,” Baxter told the media.

“The reason they’re the biggest enemies, they are more or less put out of business now because of our training methods but we have two players in one game that both get hamstring strains – something is not right with our loading.”

“So, both of them have hamstring injuries. They’re out but I’m guessing they won’t train for a week, at least.

“Leo’s is a bit worse because it pinged. Khama’s [hamstring] was getting worse and stretched but I think we got him off in time,” added Baxter.

BREAKING NEWS: FINALLY, PSL AND RUGBY FANS WILL BE ALLOWED TO FILL THE STADIUMS AGAIN!