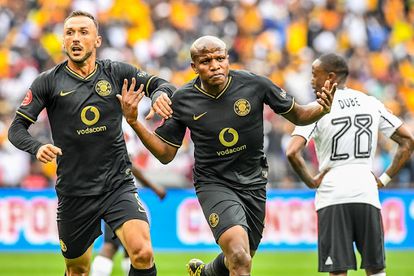 Earlier this month, Nurkovic confirmed that he still needs NINE more weeks to fully recover from his knee injury.

The extent of Manyama’s injury, however, has not been determined but his struggles with injuries are well-documented this season.

The festive season break coupled with the fact that the PSL is on recess due to AFCON certainly came as a relief for the Chiefs technical team.

And that’s because they are in need of their best players in order to boost their chances of challenging for honours in the second half of the season.

According to Zwane, both Nurkovic and Manyama are doing well at training, and he expects Chiefs to have a clean bill of health before their Nedbank Cup match against TS Galaxy.

NURKOVIC AND MANYAMA COMING UP WELL FOR KAIZER CHIEFS

“So far, so good in terms of the response from the boys. It hasn’t been easy, obviously, because we come back from a situation, and yes, getting about 10 to 12 days of rest and spending some time with our families gave us the opportunity to reflect, and coming back now this year, also the second round of the PSL league games, is going to be demanding,” Zwane told the Chiefs media team.

“I think now six days of training and the boys they look not bad, they look good, and even those who are coming from injuries, like Samir, he is coming up well.

Zwane further revealed that Chiefs will go into a 12-day camp to try and step up their preparations for the second half of the season.

And the Amakhosi assistant coach hopes there won’t be any bad injuries to add to the ones they already have in the squad.

“And obviously we’re going to be in camp for about 12 days, so yeah, we’ll take it from there,” confirmed Zwane.

“Hopefully, we’re not going to experience some bad injuries in the camp. And by the time we play our Nedbank game, we’ll have everyone available for selection.

And yeah, knowing very well, that we are playing against a very difficult team in TS Galaxy, and they also have a coach that is doing well for them,” he added.