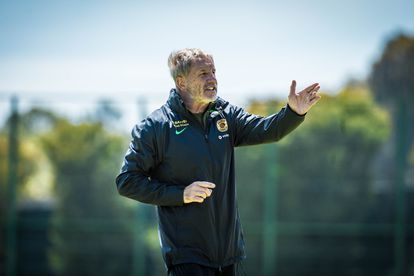 Kaizer Chiefs have been handed a double injury boost ahead of their Sunday’s trip to Harry Gwala Stadium to face Maritzburg United.

Now, Amakhosi had been struggling with injuries as a number of their key players were sidelined for months.

Striker Leonardo Castro appears to be in good shape after five months on the sidelines, and he is actually back in full training.

Castro was heavily involved in Thursday morning’s training session at Naturena Village, and his return to the pitch is certainly imminent.

His recovery from the injury that saw him leave the country for Colombia comes as a major boost, especially now that Samir Nurkovic is out with a long-term injured.

And it was only in September when Ngezana started jogging, months after undergoing surgery to the injury that saw him lose his place in the Chiefs starting line-up.

It ramains to be seen if the two Amakhosi players will be included in the traveling squad to Maritzburg United this weekend.