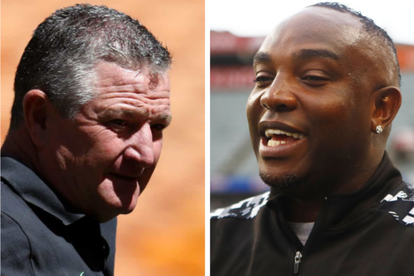 Gavin Hunt is currently available and so is the Kaizer Chiefs coaching berth – could we see a famous return to Naturena from Amakhosi’s former coach?

Stuart Baxter has been axed, after coaching Amakhosi twice.

Hunt is the former Chiefs coach, in fact, he was managing Amakhosi just before Baxter took over. Now, the Glamour Boys are in need of a coach and Hunt needs a job. In fact, there are several reasons that he could return to Naturena…

ALSO READ: COACHING CATASTROPHE IN THE PSL! WHO’S NEXT? WATCH OUT ORLANDO PIRATES!

Hunt is a veteran PSL coach and he was unable to sign players during his tenure with Chiefs.

If he were to return to the Soweto giants, he would be able to sign several players. Hunt is on the hunt for a new job and Chiefs may be the perfect fit since he has experience with the core crop of this squad.

He has his work cut out for him though after these THREE potential future Chiefs coaches were named.

He is up against the likes of Benni McCarthy and the more fancied, Arthur Zwane.

Who would you like to see replace Baxter as Amakhosi’s next head coach?

BAFANA BAFANA: SAFA PRESIDENT IN HOT-WATER DUE TO PSL RULING!