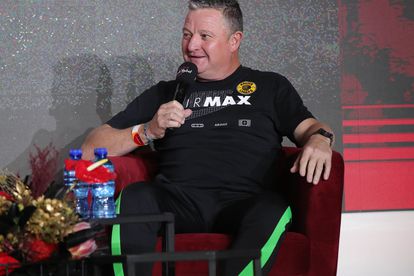 Former Kaizer Chiefs mentor Gavin Hunt has recalled how Bobby Motaung convinced him to join the club following the sacking of Ernst Middendorp in 2020.

Hunt arrived at Chiefs when they had just missed out on the DStv Premiership title, and more than anything, he needed to lift the morale in the squad.

But when he first received a call from Motaung, Hunt said he was sceptical about the Chiefs offer because he felt the club shouldn’t have fired Middendorp.

Middendorp was let go by Chiefs despite reaching the Nedbank Cup final in 2019 and finishing as runners-up in the league the following season.

Hunt said his fear during that conversation with Motaung was that he would be sacked if Chiefs were to finish third the next season under his watch.

But where Motaung succeeded in convincing Hunt to join Chiefs was when he told the veteran coach that he would be in charge of the team without any interference.

“When I got a call from Bobby Motaung, my first thought was, ‘why are you getting rid of the coach who came second in the league?’,” said Hunt on Diski Talk.

“Ernst Middendorp lost the league in the last 20 minutes. He did a good job. He lost in the Nedbank Cup final but I think they were tired of Ernst or whatever.”

“My worry was that, if I come in third the next season, they would fire me but then the things that Bobby told me, that I would be in charge of the team, now I got convinced,” added Hunt.

Enyobeni survivor: ‘Some people brought alcohol from another tavern’