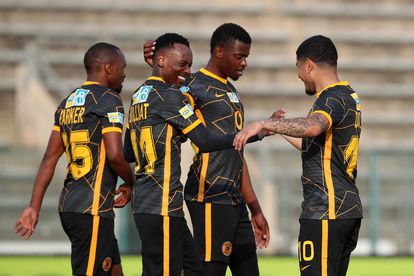 Kaizer Chiefs have had their latest squad updated and rated in FIFA 22 with the latest edition with a total of seven players being rated above 70.

BILLIAT IS THE BEST CHIEFS PLAYER IN FIFA 22

Billiat was the highest-rated Amakhosi player for the second year in a row.

The Chiefs forward scored a rating of 74 to see him as the top Chiefs player in the game, yet again!

He scored a 4/5 for both his weak foot rating and skillset, making him the best dribbler in Amakhosi’s attack in FIFA 22.

In the midfield, Leanardo Castro was the highest-rated player, getting a rating of 71.

Dumisani Zuma and Manyama both received a 70 rating. This is fair given both players looked truly promising before their recent injuries.

The top-rated defenders are Daniel Cardoso and Eric Mathoho with the veteran duo both receiving a 69 overall.

They share the workload on defense for Amakhosi and have played together for several seasons now. It is only fair that they share the ratings given that both players are currently a bit out of form for Chiefs.

It is in the goalkeeping department that the biggest surprise came…

Daniel Akpeyi’s rating of 73 was higher than any of the Amakhosi shot-stoppers!

Despite the Nigerian International currently struggling for game-time at Chiefs. Itumeleng Khune is rated 70 in FIFA 22.

Do you agree with FIFA 22’s latest ratings of Amakhosi’s players?