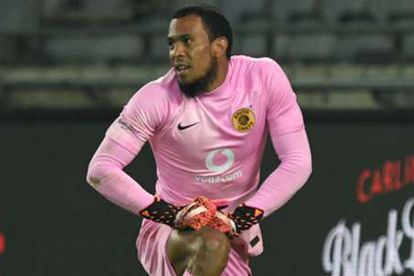 Brandon Petersen started out the year with no club, he was a free agent throughout 2021 before he joined Kaizer Chiefs.

He went from having no professional club to play for to becoming an Amakhosi hero in the Soweto derby!

Petersen achieved his childhood dream of playing for Kaizer Chiefs and in the the process he was influential in securing the Carling Black Label Cup for Amakhosi.

The men from Naturena surrounded Petersen after his second save in the decisive penalty shootout secured their place as champions.

Imagine having no club and then being the hero for your dream side! This will bring hope to all free agents or anyone who has lost work during the pandemic.

This will motivate millions of South Africans to have hope and belief in achieving their dreams no matter how hard it looks now.

As a free agent he earned nothing, he is now worth R4.3 million!

After his recent showing, he will push even the likes of Itumeleng Khune, Daniel Akpeyi and Bruce Bvuma for the starting berth in goal for Chiefs.

He has insured that the ‘three musketeers’ could very well become four. Every goalkeeper will have to be on their toes and push each other at training.

Whichever man starts against Mamelodi Sundowns in the MTN8 quarter-final will have to be at his best given the opportunity because the other three men are waiting for their chance.

This healthy competition will aid the competitiveness and quality of performance by all Amakhosi’s ‘keepers.

Brandon Petersen is a fine ‘keeper with cat-like reflexes and great heart.

Amakhosi supporters can look forward to seeing him in the DStv Premiership.

He will be giving his all in every match now that he has achieved his dream.