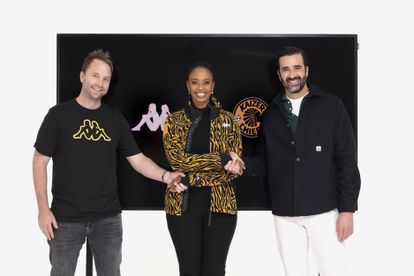 Kaizer Chiefs have officially parted ways shirt sponsors Nike to reunite with old merchandise sponsor Kappa with from next season.

The current agreement between Nike and Chiefs will come to an end at the end of the current campaign, the club announced.

Amakhosi released an statement confirming the new deal with the brand that sponsored them in the 1990s when the team used to have some top stars.

In terms of the new agreement, Kappa will supply kit and accessory products to all Kaizer Chiefs teams, from the Kaizer Chiefs Youth Academy Development teams to the Senior Team.

In addition, Kappa will have the right to manufacture and distribute Chiefs and Kappa branded merchandise and accessory products in South Africa, throughout Africa and the across the globe.

“It’s important to thank Nike for the partnership since 2000. It’s uncommon for partnerships to last for over 20 years, and we are grateful for the opportunity to have enjoyed a relationship with one of the world’s leading sports brands,” says Motaung.

#StandUpSA is taking the fight for electricity to Megawatt Park

UPDATE: What happened to the cheetah that strolled into safari lodge?